Now that semester 1 is done, I want to talk about something that means a LOT to me for just a second. Music. Specifically my favourite music. Cue a totally unnecessary explanation behind my love for my top 5 favourite albums ever (so far).

(All opinions expressed are my own, please don’t feel the need to agree if you don’t)

I was never a One Direction fan. I was always that girl that thought it was ‘cool’ to not like One Direction simply because literally everyone else was crazy about them. However, I now realise that this opinion was somewhat misguided and I accept that yes, some of their music was actually good (if you looked past the whole boy band-ness of it all). This discovery somewhat started with the realisation that Harry Styles is seriously talented. His debut album released in May 2017 became pretty much all I listened to for at least a month. Each song from start to finish is different musically but they still somehow manage to form a totally cohesive album that tells a whole story from start to finish, despite all being seemingly inrelated. It has the perfect balance of emotional ballads, unapologetic pop bops and moody angst. Harry nailed the transition from boy band heartthrob to brooding musical genius and I’m excited to stick around for what’s to come. 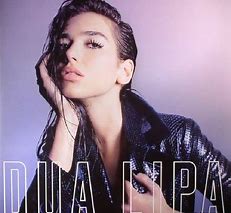 Honestly, the best way to describe Dua Lipa’s debut album is bops on bops on bops. As she is still widely considered a ‘breakthrough artist’ (although she is quickly becoming a household name across the world) she had nothing to lose in the release of this album and it shows, in a good way of course. She doesn’t have a generically ‘pretty’ voice as most music on the radio does, she has a voice with guts and she owns it and uses it in a way that not many people in music would be able to. Her song ‘New Rules’ quickly became one of the ‘songs of the summer’ as well as becoming an anthem for girls across the world, with parodies and memes of the song and music video flooding social media. There really is a song on the album for every emotion; when you want to dance, when you want to cry and when you want to scream. I think my love for this album also lies in the fact that as an artist, she is just completely honest and relatable, a rarity in the digital age of music. I also like to find comfort in the fact that she has shown that it is possible for a female artist to make it to the top without the ‘traditional’ feminine sound. 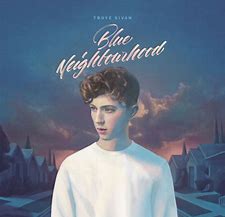 This album is a little more personal to me than the previous mentioned. I have been following Troye’s rise since 2014, watching his growth from YouTube vlogger to the newest unofficial Australian prince of pop, so I think its fair to say that as an artist, I feel a much more personal connection to Troye than any others on this list. I think being aware of just how much this album meant to him made it mean that much more to not only me, but his entire audience that have followed his unconventional career rise. This album ‘helped’ me through a super stressful time and just being able to always have it to come back to when life was a bit much was super comforting. Honestly, there’s not a lot more I can say that can fully describe my personal love for and connection to this album, but there will always be a special place in my heart for Troye Sivan.

2. AM by Arctic Monkeys 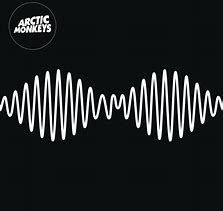 Somehow, this album manages to be popular among teenagers and adults alike whilst still having an undeniable air of maturity that my other favourite albums just don’t seem to have. Obviously, Arctic Monkeys have been around the music industry a lot longer than the other artists, but I think this gap should be mostly credited to the lyrical genius of Alex Turner. Every song on this album from start to finish is undeniably sexy in a weird way that is quite hard to explain to somehow who hasn’t heard the album. It’s almost a ‘you have to see (hear) it to believe it’ kind of album, which I think is really special because it differs it from most of the music on the radio today. Also, this album is just really really good to put on before a night out (or anytime really) if you want to make a moody vibe that somehow makes you feel good about yourself? I don’t really know how to explain it, just go listen. 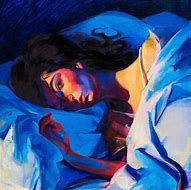 I believe you’ve found your ‘ultimate album’ when you can listen to it from start to finish countless times without ever skipping a single song. For me, this album is without a doubt Melodrama, the second offering of musical genius from Lorde. Again, I was kind of late to the Lorde party, only really becoming a ‘fan’ around the time of the release of the of the Mockingjay Part 1 soundtrack, almost two years after the release of her debut album Pure Heroine. This did not dull my excitement however when the New Zealand pop princess started making hints at her return in early 2017, and her first offerings of ‘Green Light’ and ‘Liability’ did not disappoint in the slightest. In fact, ‘Liability’ quickly became one of my favourite songs of all time which still never fails to make me feel every emotion at once, even a year on from its release. The cohesion of the whole album is also something that never ceases to amaze me, particularly the transition from ‘Supercut’ to ‘Liability (Reprise)’ wherein it is almost impossible to tell where one song ends and the other begins, the flow is that seamless. Honestly, I could ramble on about my love for Ella Yelich-O’Connor and her music forever, but I think I’ll save that for it’s own post. I’ll just leave you with one suggestion; do yourself a favour and go listen to Melodrama from start to finish, no distractions, and just feel.

Catch ya on the flip side,

Hi, I'm Jess! After four and a half years of uni, I'm finally out on my own so this may turn into absolutely anything. Stick around. View all posts by Jess Oehm